All categories

Number of views:
1013

Zhenping County has a good metallogenic material base, and has been rich in minerals such as metals and non-metals. At present, there are 34 kinds of minerals discovered in the county. In 2008, Shaanxi Zhonghe Resources Co., Ltd. under the name of Shaanxi Institute of Geology and Mineral Resources, commissioned by Hongli Mining Company, conducted a geological pre-examination of the reserves of slate mineral resources in Taoyuan, and the resource survey report indicated that the mine is located in the northwest of Zhenping County. ° Azimuth, the administrative division is under the jurisdiction of Taoyuan Village, Zhangping Town, Zhenping County. The mining area is irregular, with a length of about 3.8KM and a width of about 2.7KM. The mining area is 5.7766 square kilometers and the mining depth is 1900-1600 meters. The slate ore body in this mining area is Cambrian carbon-based slate, and the ore body is produced in the bedding layer. Its distribution range is long and the exposed area is broad. After preliminary estimation, the inferred intrinsic economic resources are: 328.28x104m3, equivalent ore. The amount is 879.79 million tons, of which K1 ore body is 109.03x104m3 (2.922 million tons), K2 ore body is 76.09x104m (203.92 million tons), and K3 ore body is 143.16x104m (3.8376 million tons).

Scan the QR code to read on your phone
We could not find any corresponding parameters, please add them to the properties table
Previous
None
Next
Quarry & Blocks 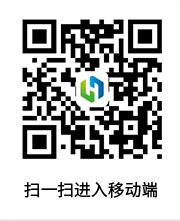